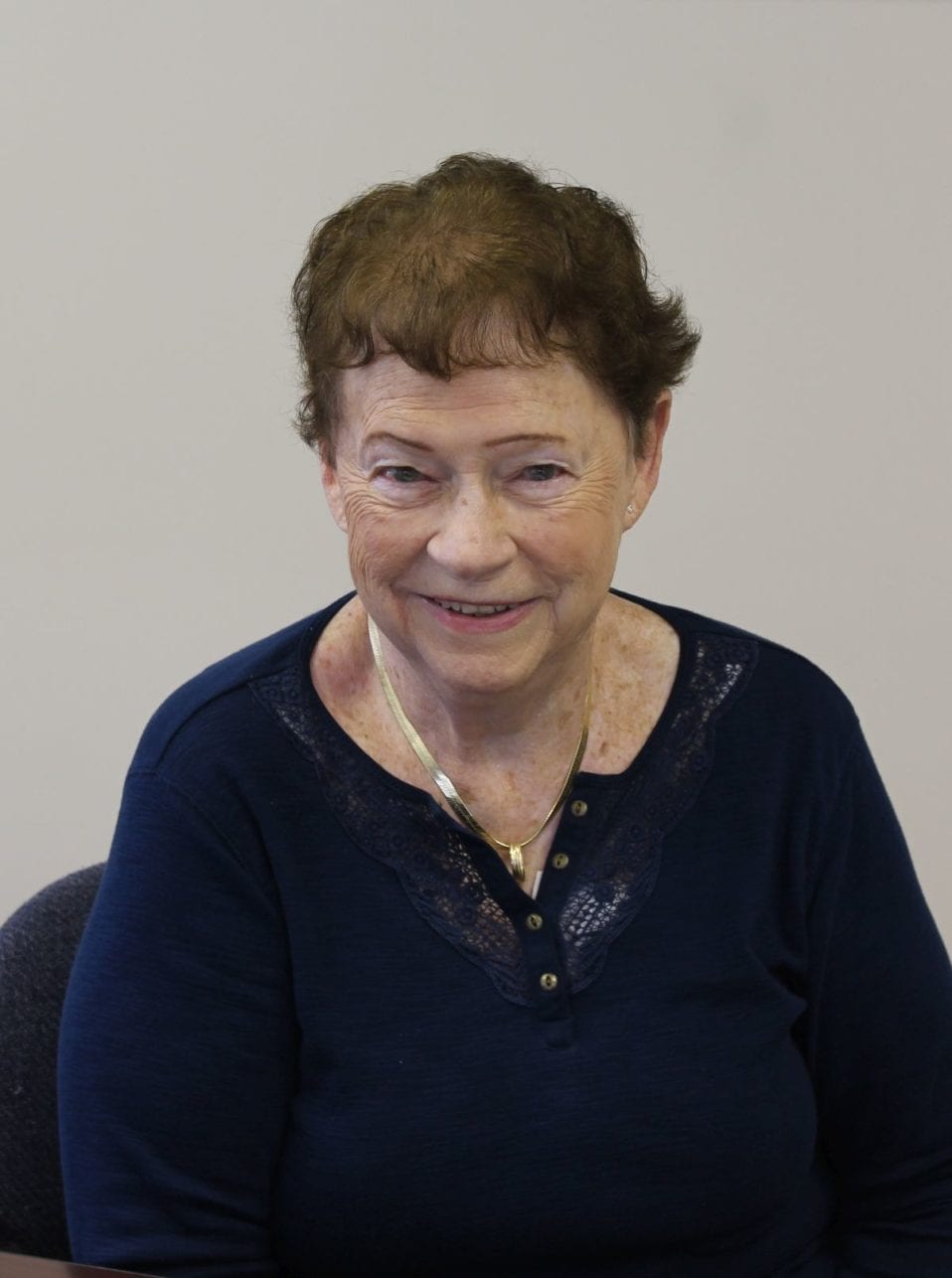 Marge DeFalco turns 83 on July 20th, which means starting another year of her making us laugh and inspiring us to get up and go!

Marge works out at the gym four times a week, loves Neil Diamond and Tony Bennett, and had a bearded Collie named Lady who herded the kids around the house. “My kids call me Supermom” Marge said with a big smile and a chuckle. “They also tell me I was a tough parent growing up, but now they thank me.”

Marge and her husband, Vincent, joined CVCJ in 1997 and worked together as a team. They grocery shopped and provided medical transportation, and become a CVCJ Volunteer Power Couple. “Vinnie and I met at work and had our first date on July 4th, then got married on Halloween,” Marge shared. “He was such a beautiful man and we had a beautiful marriage of 51 years. I miss him.”

Marge and Vincent started volunteering for Meals on Wheels in Colonia, NJ, then joined Interfaith Hospitality and CVCJ when they moved to Toms River. “My mother raised seven children by herself after my father died at 39,” Marge said. “The people who helped her when she was a widow made me want to help people in need too.”

Marge said the most impactful experience she and Vincent had from the time they started volunteering was a meaningful friendship that developed with a CVCJ receiver. “Vinnie met Phyllis when he started driving her to doctor appointments, and the three of us became really close,” Marge said. “That was 18 years ago. Now I visit Phyllis alone in her nursing home.  She will be 100 in October.”

Marge loves volunteering with CVCJ and said, “Everyone is so happy! The receivers are happy and thankful for the help. The volunteers are happy and become close friends. Being kind to everyone in need reaps many benefits.”

Your ticket for the: Volunteer Hero: Marge DeFalco