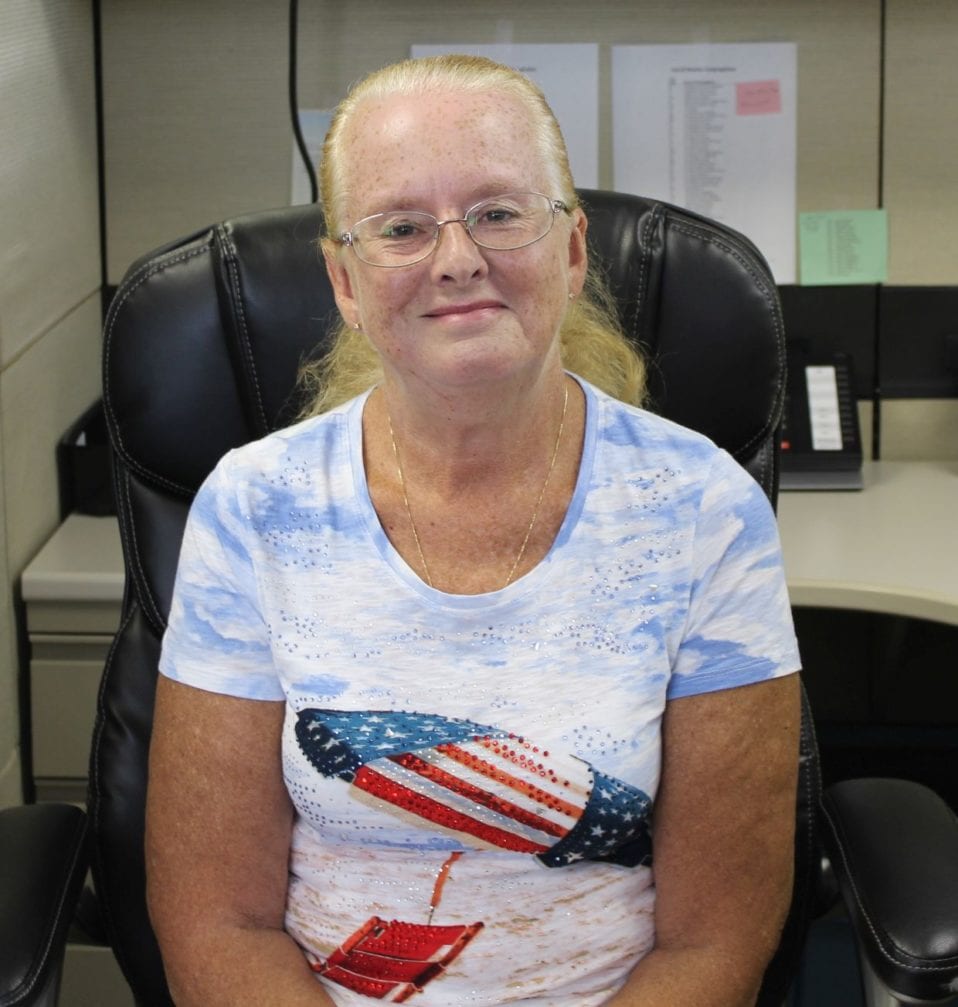 Donna was later selected to run CVCJ’s online shopping program. “The program was launched in 2012 after Hurricane Sandy,” Donna shared. “It was a big relief for Care Receivers to know we were there to help. It meant so much to them.”

Donna recalls one situation that meant a lot to her. “I shopped for this woman from the beginning and she got sick and was in the hospital. Her kids were worried about how she would get food and care for herself once she was back at home. They thought I was a friend who helped her out, but when they found out I was a volunteer who had been helping her for years, they thought it was a miracle. They sent me the nicest cards and letters and it made me feel great.”

Donna teaches religious education to special needs children and believes more young folks should get involved with community work. “They need to get off their phones, take time to reach out, and enjoy the ride.”

Donna loves Bon Jovi, Italian food, chocolate and Disney movies. And don’t call her during General Hospital because she won’t hear a word you’re saying…that is, if she decides to pick up the phone at all.

Donna is an animal lover to the extreme. She and her husband share their home with seven rescues they call ‘fur babies’– four dachshunds and three cats– and sponsor three dogs at the Popcorn Park Zoo. “If I could change the world,” she said, “no one would hurt animals or leave the elderly alone.”

Donna continues to run the CVCJ online program and shop for nine people regularly. “Helping the elderly comes from my heart,” she said as tears welled in her eyes. “It makes my heart full.”

Everything you do for CVCJ and our Seniors, Donna, fills our hearts too…with gratitude. Thank You!

Your ticket for the: Volunteer Hero: Donna Demchick