“Service” is Their Middle Name – Meet Linda and Robert Horn 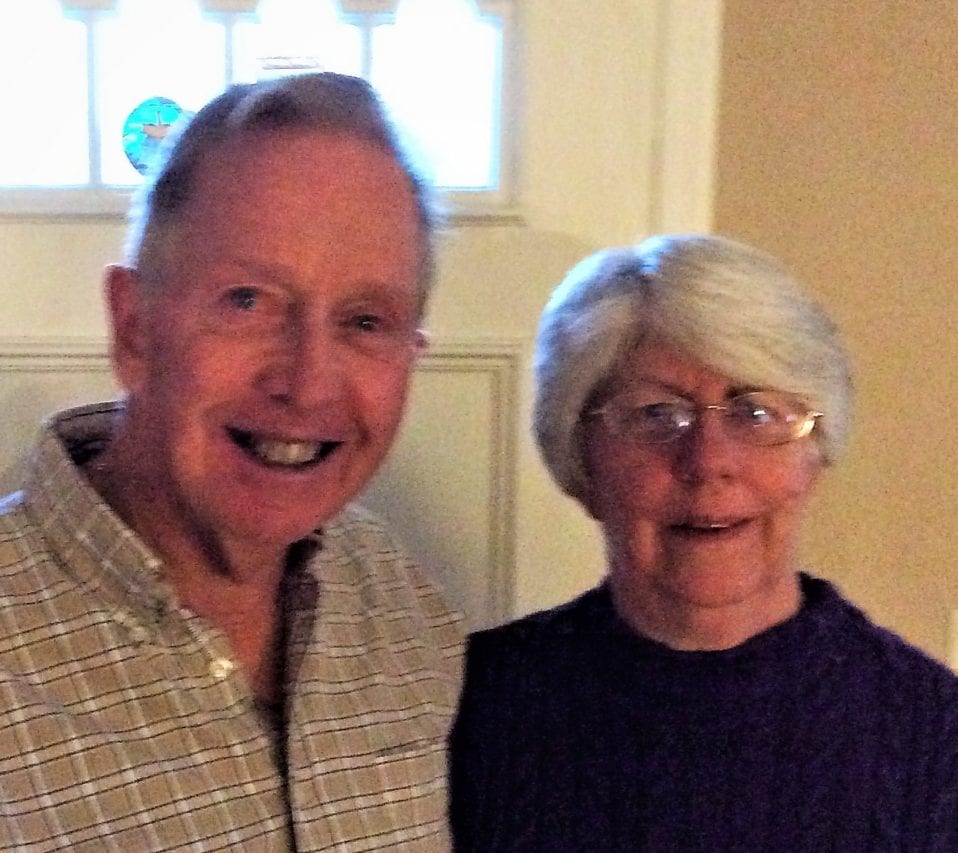 Ocean County natives Linda and Robert Horn didn’t have to go far to find each other. Robert lived in Brick, and Linda lived in Toms River. They met at church over forty-five years ago, when they were both youth advisors at St. Thomas Lutheran Church in Brick. It wasn’t long – about a month – before Robert asked Linda out.

They dated for a year. Then one night, after dinner and a movie, Robert proposed to Linda at her apartment in Toms River. The movie? A Clockwork Orange. It wasn’t exactly a romantic lead-in to his proposal, but Linda said yes!

After a year-long engagement, Robert and Linda were married. They honeymooned in Bermuda, then settled into their life together. Linda was a high school math teacher, and Robert was an installation technician for Bell and Verizon.

Three years after they were married, Robert and Linda welcomed twin boys, with their third son arriving four years later. After she had her three children, Linda worked as an advanced math teacher for grades four through eight at St. Peters School in Point Pleasant. While she was there, the school had a sort of elementary school-level Key Club. Caregiver Volunteers of Central Jersey came into the school and did a presentation to the kids about senior citizens, and showed them what it was like to have arthritis by having the kids don gloves and challenging them to pick up small objects representing their “pills”.

Throughout their marriage, the Horns have worked as a team, raising their children and supporting them through their activities. Community involvement seems to be in their blood. The Horns raise puppies for The Seeing Eye. They are on their fourteenth puppy, all golden retrievers, Labrador retrievers, or lab/golden crosses.

They are both still involved in their church. Robert sings in the choir and assists the pastor, Linda is a reader. Robert is also a key member of Post 348 of the American Legion, based in Brick Town. He is the membership chair, post Chaplain, county secretary and county Chaplain, and the State Chaplain.

Both of the Horns were involved in the Boy Scouts of America. Their son is an Eagle Scout. After many years of service, Robert is the recipient of the Boy Scouts’ Silver Beaver Award, a council-level distinguished service award given to those who serve the organization for a long time and in many roles.

Twenty years ago, Linda heard about CVCJ at church. She has volunteered in nearly every capacity, but now helps with transportation to doctor visits when she can. She is also the volunteer coordinator for their church. Robert started out making friendly visits, then took up doing the grocery shopping runs. He recently got involved with our Veteran-to-Veteran service. Robert was in the Air Force, stationed in Arkansas and Korea as a member of the security police. The man he visits with was in the Army. So far, Robert has only made one visit, but he hopes to be able to build a relationship over time.

As busy as they are in the community, Robert and Linda don’t have a lot of time for hobbies, but Linda likes to crochet and read. Robert also likes to read, and he has gone on two mission trips to Namibia. They both work part-time jobs, Linda as a tutor at Mathnasium, and Robert as a school bus driver. They have a timeshare and take short trips, and have gone on a couple of cruises, to Alaska and Nova Scotia.

Clearly, the Horns get a lot of satisfaction from giving back to their community. Linda enjoys helping people through CVCJ, and forming new friendships. Robert likes caring for people and giving back to the community. And, Linda says, hopefully “CVCJ (will be) around in ten years when I need them.”

Your ticket for the: “Service” is Their Middle Name – Meet Linda and Robert Horn

“Service” is Their Middle Name – Meet Linda and Robert Horn