Nancy and Larry Akins – a Commitment to Family and Community 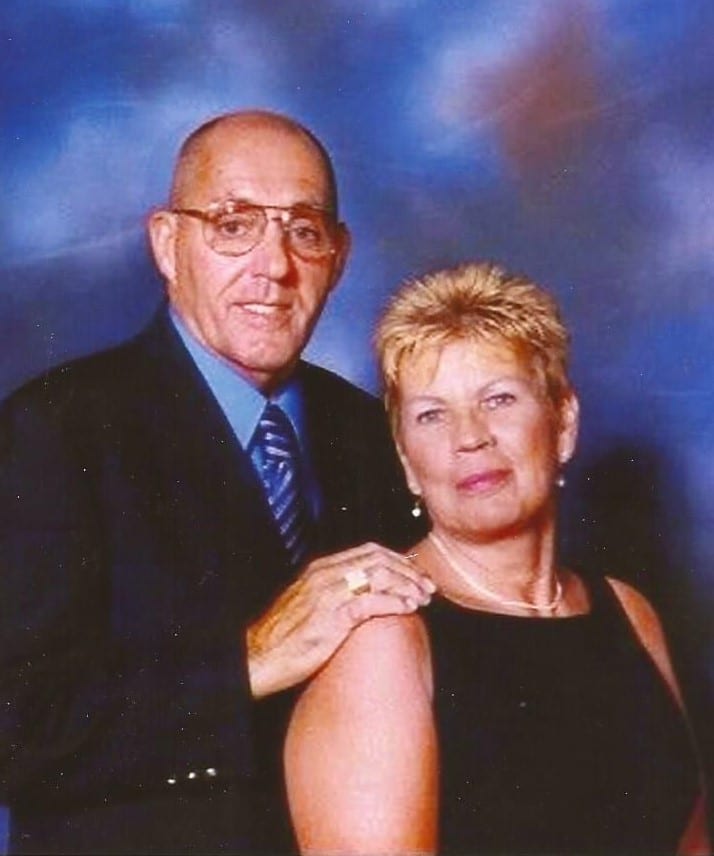 In the summer of 1967, Nancy Newman stood with her friend on a street corner in Asbury Park, waiting for a ride to Bradley Beach. Little did she know that in a few short years, the young man who offered them a lift would become her husband.

Nancy Newman and Larry Akins were both dating others at the time of their first meeting, but they occasionally ran into each other around town. Nancy thought Larry had a great sense of humor, and he was extremely kind-hearted. Larry appreciated how many interests they had in common. “She’s really my best friend,” he says of Nancy. Once they were both free, they began dating, and six months later, they were engaged. In February of 1968, while Nancy was still a senior in high school, she and Larry married. They moved into an apartment owned and furnished by Larry’s mother, and began a life together that remains grounded, to this day, in family and in the communities of the Jersey Shore.

In the early days of their marriage, Larry worked for a local electronics company, making headsets for helicopter pilots. Then their first child was born, and the Akins family of three moved in with Nancy’s parents. Over the next year, they saved enough money to buy a house in Neptune, where they lived and raised their children for twenty-five years.

Throughout their years together, they have dedicated their lives to each other, their family and to the community. Larry began working for the local Stop & Shop supermarket, and made a career there as a produce manager until he left on disability in 1997. Nancy worked at an electronics company, then at the famous Carmen’s Pizzeria. She worked at Carmen’s for eleven or twelve years, moving from the kitchen to waitressing, before becoming a bus driver for the Neptune schools.

In 2005, Nancy was injured on the job. At that point, they moved to an adult community in Brick. After being so ensconced in the Neptune community for twenty-five years, they were looking for something to do in their new community. That was when they heard about Caregiver Volunteers of Central Jersey.

They, like most of CVCJ’s volunteers, heard about the organization at their church. They eased into volunteering, starting out by doing doctor runs, then grocery shopping. They landed in the Alzheimer’s Respite Care Program, but they do whatever is needed to help. For CVCJ, they are a Jack- and Jill-of-all-trades. They’ve helped set up CVCJ’s office, assembled desks, and assisted with the newsletter. They’ve been on the golfing committee as hole watchers, helped with the fashion show and pet mayor on the day of the event. Larry’s “thing” is building dollhouses. He’s built them for all the little girls in the family. So he turned that hobby to CVCJ’s benefit, building and donating two dollhouses as prizes at two of our fundraisers.

Through what might be turmoil for some, Larry and Nancy have stuck it out through tremendous teamwork and support of each other. “Larry is such a good friend to me,” explains Nancy. “We’ve had our ups and downs, but we always share duties. If I cook, he cleans, and vice versa. When I worked and he was home, he did a lot of the housework. We go shopping together, and shared taking care of the kids.” For them, teamwork really does make the dream work.

Says Larry, “We tolerate each other’s differences. When there’s a disagreement, you’ve got to sit down and talk it out. Today’s kids don’t want to work through their problems. It’s easier to walk away.”

The Akinses certainly haven’t walked away from their commitments to each other and their family, but they are looking forward to one thing…moving into a senior citizen development. “It will be the first time we’ll be by ourselves in all our years together,” Nancy says.

The couple dedicate so much of their time and talents to Caregiver Volunteers of Central Jersey, from fundraising to recruiting, and spending time with the people they drive to the doctor, and for whom they shop. As they stepped into the Alzheimer’s Respite Care Program, they hit their stride.

Larry loves the characters he meets…from the receiver who was a real ladies man and always wanted to kiss the girls, to the one who showed Larry all his tools and the things he used to make with them, to the one who came out of a trip to the DMV using “colorful” language. Nancy enjoys the connections she makes with the caregivers in the ARCP program. “You talk about so much more than just the Alzheimer’s patient. They share their life stories with you. You build relationships with people you would never have met, and they really are like family.”

Ultimately, the Akins have had to deal with so much loss as their care receivers’ health has deteriorated. It takes strength to deal with that time and again. Yet the Akinses remain upbeat. “It’s a life-affirming process every time we meet a new family or person to serve and the relationship clicks.”

Your ticket for the: Nancy and Larry Akins – a Commitment to Family and Community

Nancy and Larry Akins – a Commitment to Family and Community